This is probably the funnest place to bargain. They still bargain hard, but the atmosphere is more friendly and much more relaxed than other places, such as China. However, the shopkeepers can be quite flirtatious in order to make a sale!

Ben Thanh Market is located in District 1 in the heart of Ho Chi Minh city, at the intersection of Le Loi, Ham Ngh, Tan Hung and Le Lai streets. Getting there by scooter is a pretty epic experience!

The hours of operation of the Ben Thanh Market vary. The main “day” market inside the building opens roughly around 7-8 am and closes around 6 pm. However, there’s also a night market that sets up along the streets outside the market in the evening that stays open as late as midnight or later.

At Ben Thanh Market, I’d recommend shopping for mostly accessories such as bags, wallets and belts. There are shoes as well. As far as shirts, I’ve come to find they are more “sporty” and “touristy” type of shirts. You might not find too many designer shirts here.

Everything to Know About the Ben Thanh Market

How to Get to the Ben Thanh Market

There are many types of transportation to get around Ho Chi Minh city in Vietnam including buses, taxis and motorbikes. I’d recommend taking an Uber or Grab (scooter or car) to get there as it will be your cheapest and safest bet. I also HIGHLY recommend choosing a scooter over a car so you can immerse yourself in Vietnam’s INSANE scooter culture! 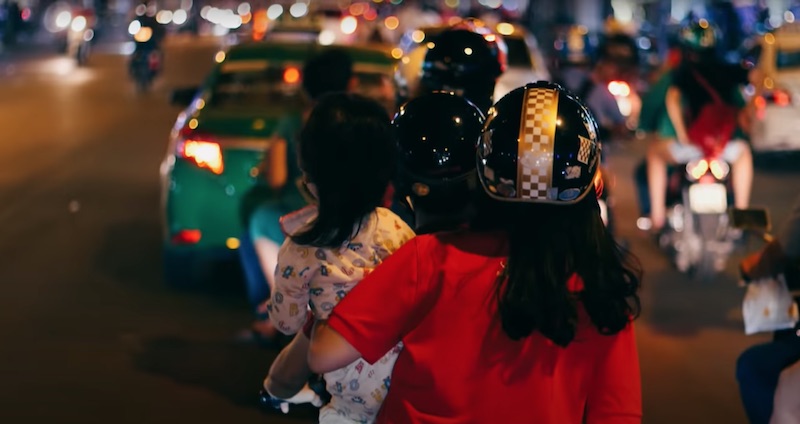 How to Get to the Ben Thanh Market

Located in District 1 of Ho Chi Minh city, Ben Thanh Market is located right in the heart of town at the intersections of Le Loi, Le Lai, Ham Nghi, and Tran Hung Dao, and is also across from the Saigon Bus Station.  Basically, the market is seen as a landmark and often used as a point of reference for getting to other parts of town.  So you should have no trouble finding this market.

Shopping at the Ben Thanh Market

What Can I Find in Ben Thanh Market? From fruits to vegetables, meat fish and flowers, you’ll find everything you need at this bustling market. With more than 3,000 stalls, you’ll be surprised at what you see. You’ll find colorful products not only limited to food but also electronics, clothes, jewelry, and handicrafts as well. Whether you are looking for a gift of something to remind you of your trip, you’ll find it here.

Where to Stay in Ho Chi Minh

There are accommodation options for every budget in Ho Chi Minh. Here are some of the top rated places to stay in town that are conveniently located to popular attractions and the Ben Thahn Market.

Located in the heart of Ho Chi Minh city, this hotel is a good choice for anyone looking for a convenient location for visiting the city. Only 2 minutes away from Ban Than Market and a few minutes from the Opera House, this hotel makes it for a perfect base for your stay. The hotel is high-quality and equipped with everything you need to know and especially suited for couples.

Another very central location is the one provided by this popular hostel, chosen by travelers interested in museums, the local culture, and shopping. The rooms are spacious and comfortable and the shared kitchen is equipped with everything you need. If you are looking for something handy, comfortable but still affordable, this might be your best choice!

This beautiful hostel is located in front of Ben Thanh Market and features a garden, a stunning terrace, and a restaurant. The central location, the comfortable rooms, and the gorgeous architecture make this hostel a popular favorite among many travelers.

As a first time visitor to Ho Chi Minh, it can be a bit overwhelming. It’s important to know that they city is divided into 24 districts in total, with districts 1 and 3 considered to be the modern heart of the city. District 1 is the city’s business hub and commercial core and considered as one of the main locations that offer the highest standards of living, but still rich in the local culture. Most foreigners go to district 1 straight away as it is rich in sites of cultural and historical interest, as well as delicious street food hubs and markets.

Right next to District 1, District 3 is a neighborhood that allows you to experience the real local life. Despite being a bit off from the typical tourist path, this district is worth visiting and easy to walk around. 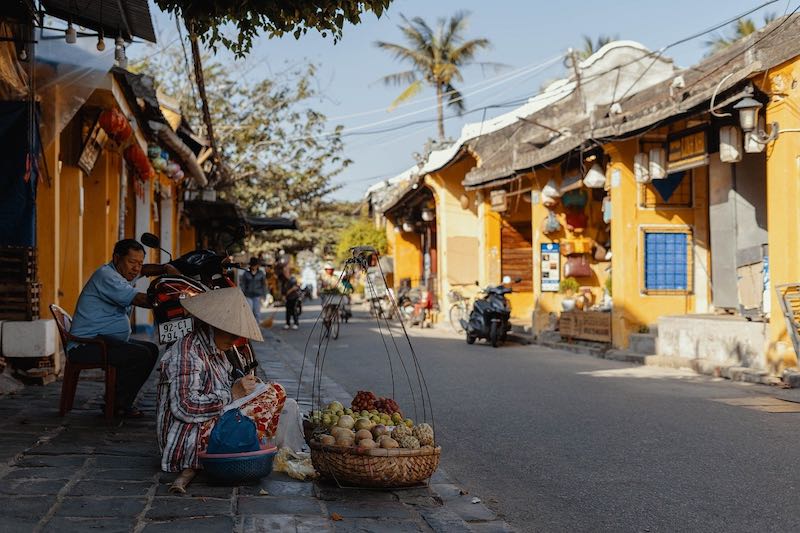 District 2 is located on the other side of the Saigon River and a popular site for expat families because of its international schools and bars as well as music events and festivals.

If you get tired of French architecture, District 5 can be a nice distraction. This neighborhood is the city’s China Town, and here you can find authentic Chinese food and restaurants.

What To Eat In Vietnam? Vietnam is not only famous for its culture and diverse landscape but also the delicious food. Vietnamese food is varied and delicious and considered to be one of the healthiest cuisines in the world thanks to the balance of nutrients and taste. That means that you should try as many local dishes as you can! If you feel lost, some of the best food in Vietnam include:

The Ben Thanh Street Food Market is a good place to start exploring the local cuisine. This area in the back is where you can find local food and beer.

You’ll find (at reasonable prices) some popular local dishes and also get a sense of the local lifestyle and culture. You may also find some street food snacks as well that are quite tasty.

About the Ben Thanh Market

Located in Ho Chi Minh City’s District One, Ben Thanh is one of the earliest buildings in ancient Saigon. This rich market started back in the early 17th century with a few little stalls runs by local vendors, after French Imperialism and Vietnam’s turbulent history towards independence, the market was relocated near the My Tho railway station (today known as Saigon Bus Station).

From its renovation, the market has been known for its special architecture and has become one of the many symbols of the city. Today, with 4 gates and 12 entrances, you’ll find everything you need in this amazing market: from colorful textiles and clothing to local food and specialties, the market is a paradise for everyone looking to learn more about Vietnam.

Vietnam is a popular destination for many travelers, especially those visiting southeast Asia. The country has a lot to offer to its visitors: rich culture, beautiful landscapes, gorgeous beaches and great food.

Vietnam’s history can be traced to more than 4000 years ago and early pre-historic Vietnam is considered to be one of the first civilizations and societies of the world, as its people were the first ones practicing agriculture. Thanks to the Red River Valley, the country was able to create an effective hydraulic system and to engage in trade exchange from the early years. The unique geography made the country difficult to attack, until the Chinese managed to govern the country for more than 1,000 years.

Today Vietnam is a growing country, that is experiencing considerable development and a series of political reforms that have incentivized economic and demographic growth that quickly made Vietnam into a lower-middle-income country (it started as one of the poorest countries in the world).

No matter if you have a tight travel schedule or not, most visitors make a stop in Ho Chi Minh city. Ho Chi Minh City (before known as Saigon) is Vietnam’s largest city and one of the most popular places most travelers decide to start from to explore the country. The city is named after the local revolutionary and politician who led the independence movement and that served as Prime Minister between 1945 and 1955. The city is extremely chaotic but attractive thanks to the many activities to do here: from food, interesting museums, fun nightlife, and interesting shops, Ho Chi Minh has a lot to offer. Among them, you should not miss Ben Thanh Market since it’s one of the most famous in the area.

Producing And Selling Goods In Vietnam

Vietnam exports billions of US dollars worth of goods each year (and growing). In particular, with China raising its production costs Vietnam has become an important competitor, especially when it comes to electrical equipment (which is the largest export category in the country).  Footwear and other clothing is also a popular export, with several of the largest global brands having factories in Vietnam, including brands like Nike, Puma, and Adidas as well as other major apparel companies. Another segment of the local economy that is growing quickly is fruits, vegetables, and nuts (notably cashew nuts). Visiting the Ben Thanh Market will give you an amazing example of the enormous variety of fruits and vegetables available in the country.