A historic market in the heart of the city, with some hard bargainers!

The market is open from 8 am to 4:30 pm and on weekends the closing time is extended to 6 pm.

Today, we’re out in Casablanca, Morocco hustling for all the greatest gear. And they don’t play around here when it comes to bargaining!

Then after the market, we head out to the Sahara Desert to do some luxury camping! So come along and enjoy the ride!

Everything to Know About the Central Market in Casablanca

How to Get to Central Market in Casablanca?

The market is located on Muhammad V Street, right in the middle of the city opposite the Central Market tram station.

Shopping at the Casablanca Central Market

You can find a wide variety of items for sale in the Casablanca Central Market. Antiques such as old posters and photographs, unique African and Arabic trinkets, woven reed baskets, and fossils are some of the more eclectic items found on the market. You will also find traditional clothing, handlooms, and embroidery. Electronics can be found here as well as books and tools. 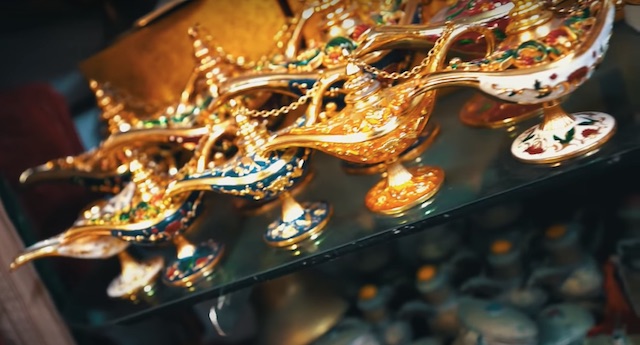 Being close to the port, you can find a lot of seafood here as well as other food products. Items such as spices, herbs, local produce, and the freshest meats are available within the market as well. The circular walkway around the cupola is where you can find oysters freshly harvested from Dhakla.

Where to Stay in Casablanca, Morocco?

Casablanca offers a number of international and local hotels. You can find both high-end luxury hotels as well as budget options too. Personally, I think the best area of town to stay is right near the streets of the Old Medina. 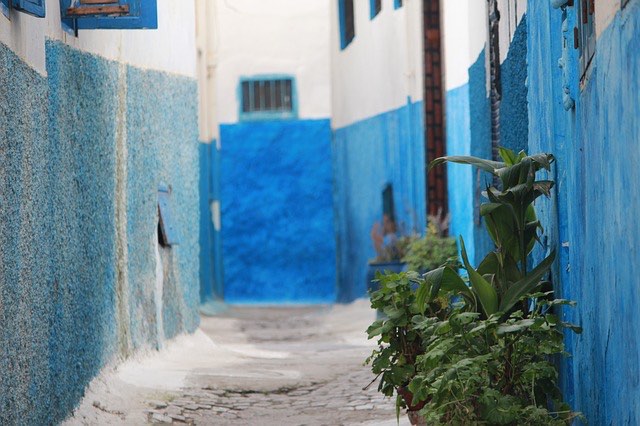 This area is near the heart of the old walled city and not only is it more convenient to get around, but it just has a really cool vibe to it. You can find a few hotels nearby this area, but if you want to stay inside the Medina then you’ll need to search on Airbnb for some local apartments.

Places to Visit in Casablanca

The city of Casablanca has a lot to offer visitors. Here are some places where you can spend your time and soak in the sights.

If you want to get out of the city, then you can also check out the really cool desert camp that we went to! It was a long drive out there, but really scenic and totally worth it to stay in tents, ride camels, go sandboarding and just enjoy the peace and quiet.

The city of Casablanca is a confluence of culture and as a result, the food here is unique. There isn’t one single dish that the people enjoy and instead, you will find a variety of foods from every corner of the world. From camel meat that is found in the south to Spanish cooking that comes from the north, there is something for everyone.

Here are some of the more popular dishes you will find in Casablanca. 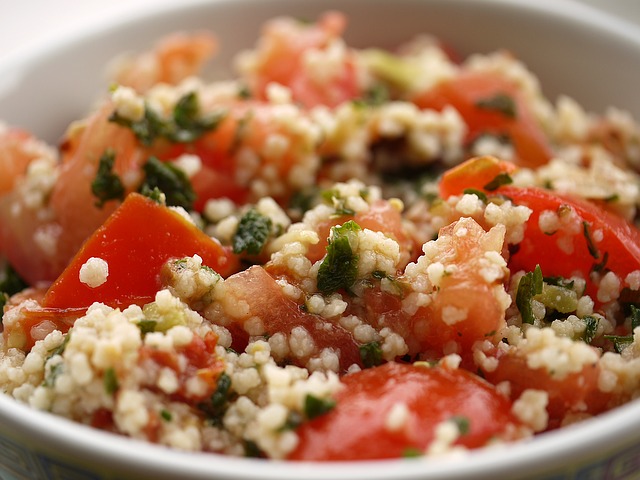 About the Casablanca Central Market

The central market in Casablanca, or Marche Central as it is called, is one of the oldest markets in the country and has cultural, and historical importance. It was built in 1917 after the French decided that the site of the 1915 Casablanca Fair was a good place for a market.

The market was an important place for commerce and even revolution. A tragic bombing of the market marked its darkest hour. In 1953, resistance leader Muhammed Zarqtuni set off an explosion to protest the exile of the then Ruler of Morocco Muhammad VI.

The architecture of the Casablanca Central Market has been described as a Neo-Mauresque. It draws inspiration from some of Morocco’s older cities such as Marrakech and Fez. It has a large gateway inspired by the imperialism of these cities. The market also has a unique center cupola, which is in the shape of an octagon. 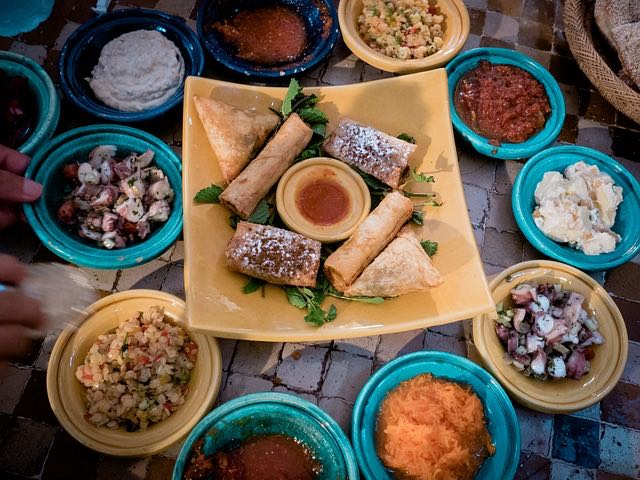 You can find everything in this market. Freshly caught seafood, flowers, handicrafts, fossils and antiques, fresh produce, and spices and herbs. The marketplace also has a host of restaurants and is considered one of the best places to eat in the whole country!

Located on the edge of Africa and just a few kilometers from the shores of Europe, Morocco is a country where multiple cultures are intertwined. It is a country known for its friendly hospitality, art, food, architecture, music, and history.

When you visit the country of Morocco you will be enthralled by the people, the languages spoken, and the sheer beauty of the country.

The country is home to many cities which served as a nexus for trade and commerce. The cities showcase the contrasting beauty of life in the desert. These places even in the 21st century still maintain their timeless charm. The city of Casablanca in particular is a place with a rich history and an even richer culture. 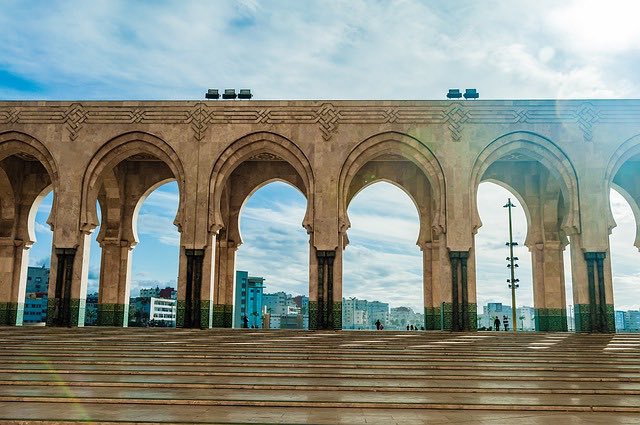 The city of Casablanca has been around for over 3000 years. It was originally established as a Berber settlement, shortly before the Roman Emperor Augustus conquered the city. After a tumultuous period under various rulers, it became an established port town around the 11th century.

It flourished up until the Portuguese conquered and destroyed it in 1468 as there were rumors of piracy. They eventually built a fortress here around the 1600s. After the Portuguese abandoned the city in the 1750s, a ruler by the name of Sultan Sidi Mohamed Ben Abdallah took over in the late 1700s.

The city flourished as a center of trade up until the 20th century when the French conquered it. From that point on the city rapidly expanded and was seen as an important port during the Second World War. Eventually, Morocco gained independence from French rule in 1956, but it remains one of the continent’s most colonial cities and continues to attract millions of tourists every year.

It is the co-existence of colonial architecture in a desert landscape that makes Casablanca such a unique proposition to tourists.

The country of Morocco itself has been considered one of the most influential countries for trade and commerce in Africa. Its proximity to Europe made it an ideal location for sourcing goods from Africa and Asia. The country is heavily reliant on its tourism and textile industry. It is one of the most important pillars of economic development on the continent.

Morocco has been one of the most important suppliers of textiles to Europe. Over centuries their textiles have been used heavily in Europe. However, in recent times the emergence of Turkey and access to China has faltered their hold on the European textile market. Morocco has good trade relations with Spain and France. Of its total exports, nearly 42% go to Spain and nearly 30% go to France. 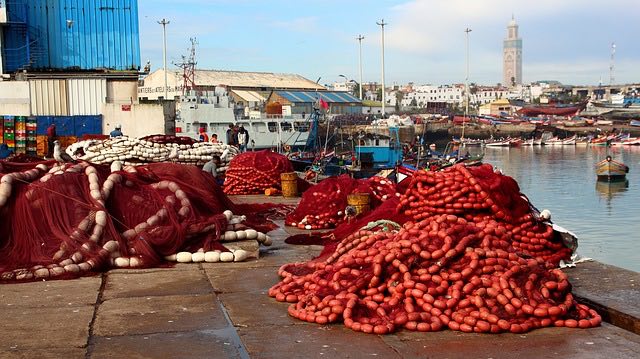 The port cities of Marrakech and Casablanca play an important role in holding the economy of the country together. Both cities attract millions of tourists each year and thus inject much-needed income into the economy. In the last two decades, Morocco has invested heavily in tourism.