A little market hidden within the wholesale complex of Colombo

The Pettah Market is located in the Pettah neighborhood of Colombo, along Keyzer Street. It’s nestled among a ton of other markets in the area – so there’s plenty of bargaining to do around this chaotic commerce area!

.While individual shops and stalls may vary, typically you’ll find shops are open around 5 AM – 5 PM daily

You’ll find a bunch of knockoffs here! Especially Polo brand. A lot of RL Polo is produced here so a lot of the materials make it’s way out of the factory.

In this video we deep in the markets of Colombo, Sri Lanka where they are HARD bargainers! We’re on the hunt for some clothing and accessories such as Gucci, Chanel, Jordan, North Face, and much more!

Everything to Know About the Pettah Market in Sri Lanka

How to Get to the Pettah Market in Colombo?

Tuk-tuks are the easiest and cheapest way to get around Colombo. They have both open air and covered tuk-tuks that feel quite safe to be honest. 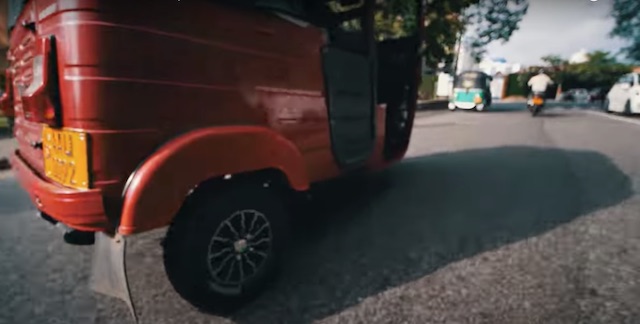 Getting to the Pettah Market

To get to the Pettah Market, take a bus to either the Pettah Bus Station or Bastian Mawatha Bus Station. Numerous busses are stopping here due to the central location of the market. Tourists often choose to take a tuk-tuk, as it’s a faster and affordable means of transport.

The main entrance is located on the west side of the market, but you can also find an entrance on the east end.

Shopping at the Pettah Market

At this busy open-air market, you can explore stalls selling everything under the sun, from fresh fruits and vegetables, spices, seafood and meats to textiles, fashion accessories, toys, electronics, souvenirs, gold, jewelry, and much more. Make sure to arrive early to avoid the crowds. 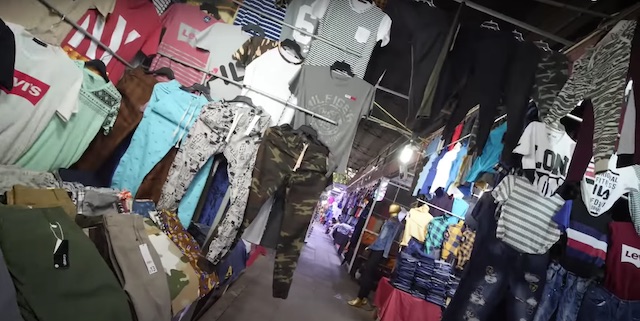 You’ll find a ton of clothes here, especially big brands like Polo, because the factories are also located here. So there are some good deals to be scored with good quality, if you know what you are looking for.

Keep in mind, Sri Lankans are hard bargainers! So be prepared.

Where to Stay in Colombo, Sri Lanka?

A lot of people who visit Sri Lanka head out to sights around the island and explore the countryside. However, there are some things to do in Colombo – such as the markets!

Colombo is a big city, so where you stay depends on what you plan to do. If you plan on mostly just bargaining at the markets like I did, then you may want to stay nearby for convenience.

In Colombo, you’ll find a number of affordable hotels and even some hostels. Overall, Colombo accommodations are a bit higher than in Southeast Asia, but it’s still relatively affordable compared for a decent place to stay.

You can also find some nice Airbnb options in Colombo too for pretty good prices. However, a lot of them are a little more on the outside of town which would make transportation less convenient and more expensive to get into the market areas of town.

Places to Visit in Colombo & Around Sri Lanka

Sri Lanka’s capital city combines the culture and history of the country with modern attractions and amenities. Colombo is also filled with museums and art galleries to visit that illustrate the rich history of Sri Lanka. 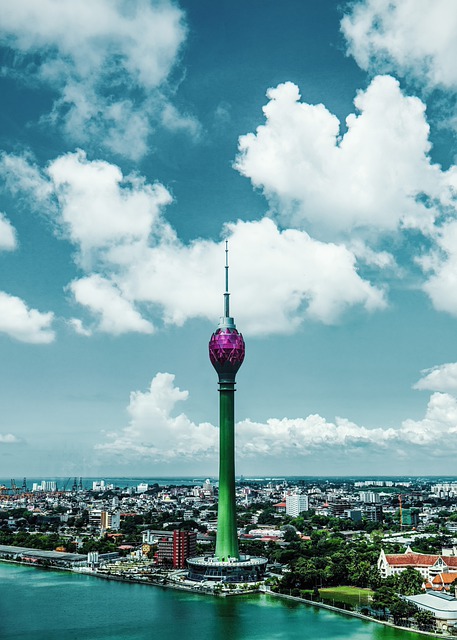 Some of the popular spots inside the city to visit include:

Places to Visit in Sri Lanka Outside of Colombo 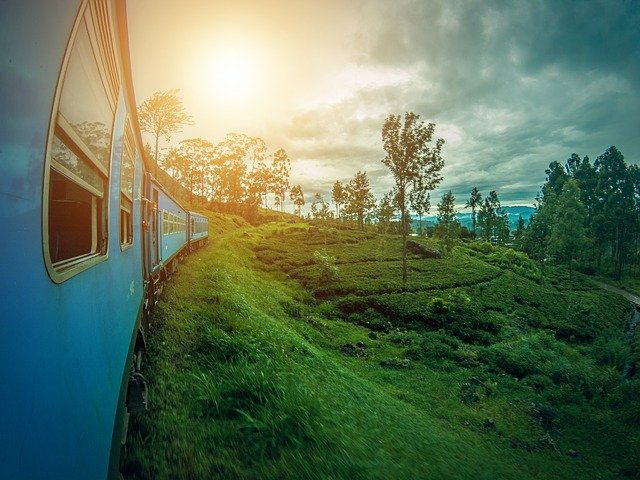 Sri Lanka is a small but charming island and offers a number of other sights to see outside of Colombo. Hop on a scenic train or bus and explore outside the city. Here are some of the top sights you may want to visit:

Taco Bell! No seriously, I haven’t had much Sri Lankan food outside of curry dishes but they do have a Taco Bell, a rare sight in Asia.

What is Sri Lankan Cuisine?

As a country that was a hub in the ancient silk road, contact with foreign traders has brought many cultural influences. The Sri Lankan cuisine has been shaped by Indian, Indonesian, Dutch, and Southeast Asian cuisines. And although it is a small island, each region has its own distinct cuisine with individual traits. 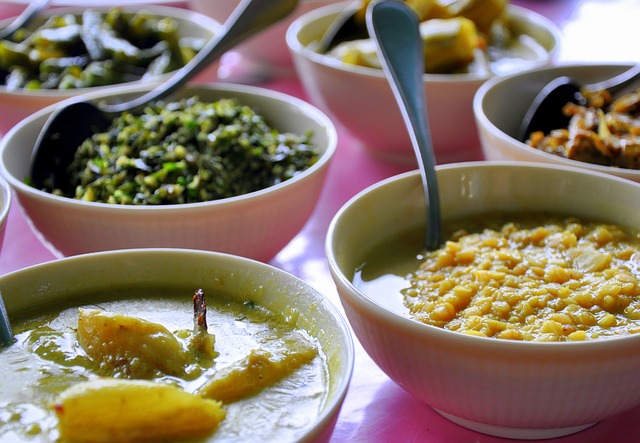 Sri Lankan cuisine is known for its spices and herbs. The fiery curry, sour lime pickle, and caramelized onion are all dominant. The dishes have powerful flavors. Rice is a standard component here to most meals. Seafood is also a popular food item.

About Colombo & the Market

Colombo is an ancient city with immense heritage. The mix of rulers and different cultures have left a mark on the city and given it a unique identity that fascinates travelers worldwide. The city has been popular among foreigners since the dawn of recorded history due to the natural harbor that made it a desirable location for traders and seafarers. Strolling through the streets of Colombo, you can’t help but notice the intriguing mix of Portuguese, Dutch, British, and South Asian architectural influences. This rich multiculturalism translates into all aspects of life in the city. 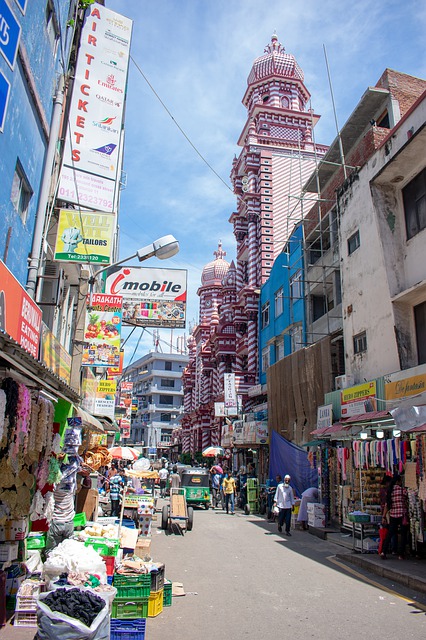 About the Pettah Market

The Pettah Market, also known as the Manning Market, is a popular open market in the neighborhood of Pettah. It’s one of the busiest places in Colombo. It’s hard to believe that the lively Pettah Market was one of the most dangerous areas in Pettah back in the 1990s. This changed after the local council brought in the national Urban Development Authority to tidy up the area. An architect was brought in to transform the space, and his vision led to today’s market.

The entrance to the market is marked by the impressive Khan Clock Tower built in the early 20th century by the Parsi family of Framjee Bhikhajee Khan. Along the walkways are a series of pagodas containing more than 90 stalls occupied by local street vendors. It’s possibly the best place in the capital to immerse yourself into the Sri Lankan hustle and bustle.

Sri Lanka, formerly Ceylon, is a jewel-shaped island country in the Indian Ocean. It offers everything from ancient temples and ruins to endless beaches, towering mountains, elephants, tea, and flavorful food. Few places in the world have as many UNESCO World Heritage Sites packed into such a small area. And if you’re also interested in doing some shopping, you’ve come to the right place. 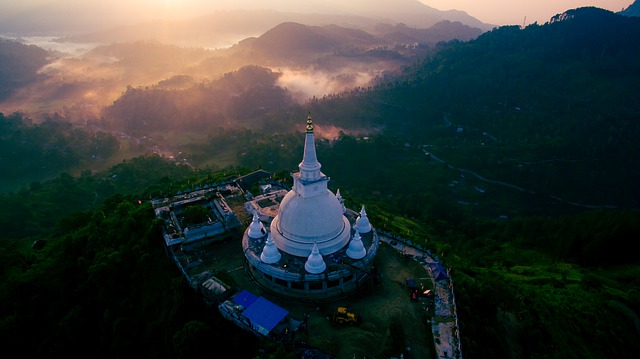 Geologically, Sri Lanka is an extension of peninsular India. Archaeological excavations revealed that the island supported human inhabitants some 125,000 years ago (Balangoda Man). The earliest documents attesting to life on the Island are found in the Pali chronicles like Culavamsa and Dipavamsa. The early occupants were hunters and gatherers of the proto-Australoid group, whose stone tools have been found throughout the country.

1505 marks the arrival of the Portuguese in Colombo and the country went through a series of different administrations over time, having been occupied by the Dutch starting 1658 and Britain from 1796. But the country achieved independence in 1948, and Sri Lankan and Indian social institutions and ideologies began to resonate more closely with each other.

Situated strategically across the main sea trade route in the Indian Ocean, Sri Lanka has always been part of international commerce. Over time, this helped define the nation’s economy, culture, and society. Although agriculture remained the fuel the drove the economy, the sheer volume of trade undoubtedly had its positive effects too.

International commerce began to play an important role in the history and culture of Sri Lanka since prehistoric times. Archaeological evidence of foreign trade items suggests a prosperous Iron Age civilization. The goods attracted merchants, many of whom chose to settle down here, marrying local women. Trade in ancient times involved mostly luxury goods. The merchants from Sri Lanka exported pearls, gems, iron, and elephants, while the list of imports included perfume from India, silks from China, and wine from the Mediterranean. 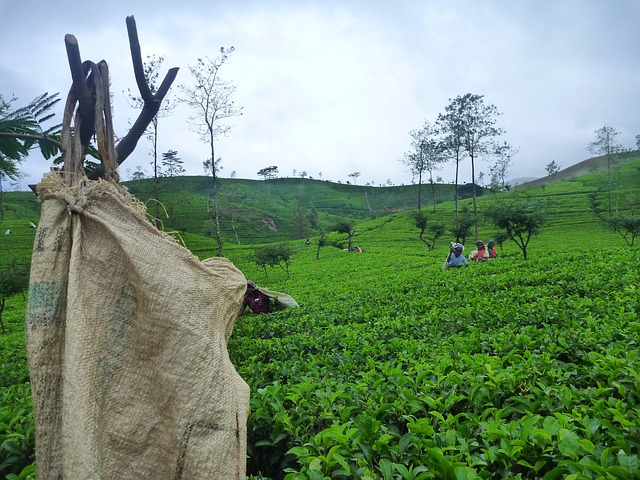 Today, the islanders export mostly textiles, garments, tea, gems, spices, rubber, coconut products, and fish. Most of these goods are destined for the United States, Germany, Belgium, Italy, and the United Kingdom. Sri Lanka’s main import partners are China, India, Iran, and Singapore. The nation also signed a bilateral Free Trade Agreement with India in 1998 and is a member of the World Trade Organization (WTO).