Getting Around Seoul South Korea 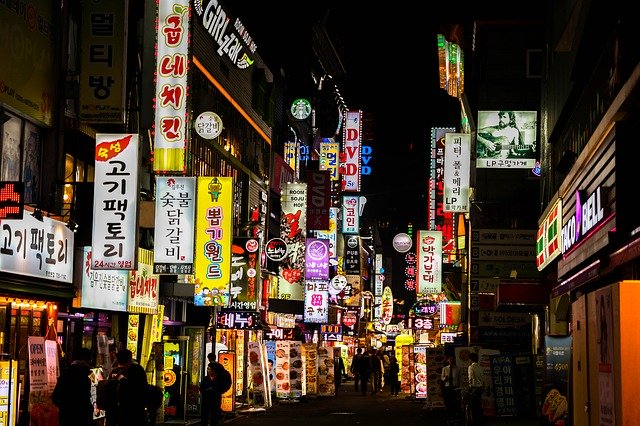 Seoul is a buzzing city that is filled with bright lights and a cool vibe.  You could even describe it as a city that never sleeps.  Seoul has an extremely fast-paced life and is known for its traditional kimchi (fermented cabbage), soju (cheap alcoholic beverage), anime, love of cats, and awesome shopping markets.

South Korea is one of the strongest economies in the world, so Seoul’s transportation system is also among the most developed. You can easily use the subway, a taxi, and buses to get around Seoul easily.

Popular Things to do in Seoul

When it comes to shopping, Myeongdong Market (the Bright City) is Seoul ‘s most famous shopping district and one of the most popular attractions. It is located in the heart of Seoul. Beyond bargaining in the markets, there are some great places you should definitely need to check out like Gyeongbokgung (Palace of the Royal Joseon Dynasty), Sungnyemun (Gate of Exalted Ceremonies), Jongmnyo (Confucius Temple), National Museum, and 63 Building (the tallest and most beautiful building). The Seoul Metro is known for its vast network and frequency of service. It is actually the most effective way to get around the city. The departure of trains is non-stop and starts from 05:30 to 00:00. If you are looking to getting around Seoul by subway, you will need a single/multiple journey pass. Single tickets you can be bought at the subway station and the price will depend on the destination you are traveling to and include a 500-won ($0.42) refundable deposit. Multiple journey passes can be found in most shops. What you need to know is that each subway station is clearly marked in color and characters, in Korean and English. Single trip tickets are purchased at vending machines within the subway station.

As for taxis, they are useful and inexpensive ways of traveling.  Best of all, there are plenty of them, so you can easily flag one or find it in a near place. Each taxi in Seoul has a meter, with slight differences between regular, deluxe, international, and jumbo cabs. Most taxi drivers accept credit cards, cash, and T Money payments. The price of the service will depend on the time of day, length of travel, and a class of taxis.

A Regular Taxi is the most frequent and cheapest taxi in Seoul. You can easily recognize it by its orange color, but there are gray, white, and other colors.

Delux Taxi are more expensive than regular taxis, but they do not charge extra for late-hour rides. Delux taxi is usually larger vehicles in black that provide a safe service. You can find them at famous hotels and tourist locations.

International Taxi is specially designed to provide services to foreign tourists. Drivers have a solid knowledge of Japanese, Chinese, and English, so you will easily be able to speak with them. You can order the service by phone or simply flag them.

Taking the Bus in Seoul

The Seoul bus system is highly developed, inexpensive, and convenient for transportation. Each bus has a color tag. Blue indicates buses running between city districts, green for commuting to subway stations. Smaller green buses are used for shorter routes in one district, while yellow buses are reserved for the city center.

However, due to the lack of English-language labels when it comes to a bus travel system, those who use them for the first time may encounter difficulties. The ticket for the local ride is 1,000 won ($0.81), while for the red bus (which connects the city with the surrounding places) is 2,400 won ($1.95). What is a T Money Pass?

You can use a T-money card for each of these means of transport. It is a standard card used for all forms of public transportation (taxi, bus, subway).

You can buy a T-money card at most convenience stores, but also at subway stations. You can also charge your card in these places with a simple payment of the desired amount. When you use your card for transportation, a certain amount is deducted. The price of the T-Money card is 3,000 won ($2.44) while later you can pay any amount for the charge.

Don’t Miss Out on Visiting Seoul!

Knowing a little bit more about getting around Seoul will help you decide where to stay in Seoul so that you can be central to all the things you want to see and do.  Seoul is a really cool city and one you shouldn’t miss out on, especially if you love nightlife and bargaining!