Top Turkish Foods in Istanbul & Beyond 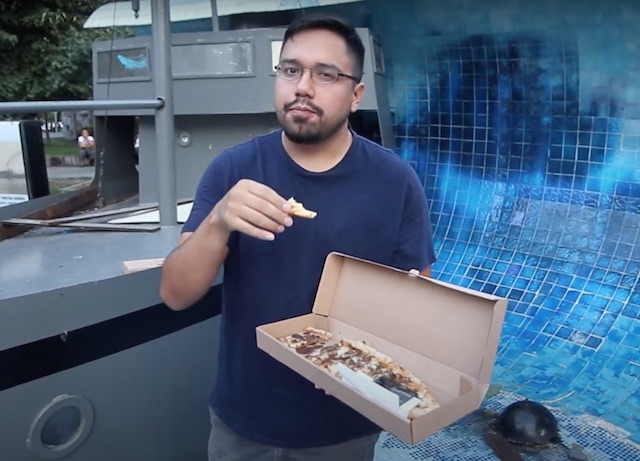 This trip to Turkey started off just being a crazy adventure to travel but its quickly turning into a food adventure seeing as Turkey is a huge international hub with many different nationalities all with their own distinct type of food.  So on this trip, I wanted to make it a mission to find the best Turkish food while we travel through the country – from Istanbul and beyond.

On a Mission to Find the Best Turkish Food

When people get to the pinnacle of their field, it’s not because they just picked it up one day and decided to become a surgeon, an architect, an aerospace engineer. Most of them have been training since they were very young. It won’t come as a surprise to most people, that I’ve been eating for over 3 decades. I love the different flavors you get from different regions of the world and the endless ways that food can be prepared.

When I first arrived in Turkey, I didn’t really know what to expect in terms of food, I thought maybe some meat, rice, and vegetables. But one food has always stood out when thinking about the Middle East, and that’s the kebab. So I wasted no time diving into the local food in Turkey to see how it’s similar or different to what I expected.

Food in Turkey can be described as a fusion of Middle Eastern, Central Asian, Balkan and Mediterranean food. While dining in Istanbul I ate several kinds of protein. I ate lamb, chicken, beef, fish, octopus, shrimp. The one thing that was left out was pork. I actually had beef bacon in Istanbul, it was then that I thought they probably don’t eat pork here because a majority of the population is Muslim. I didn’t really notice the lack of pork in food because there were so many food options in the city to choose from! 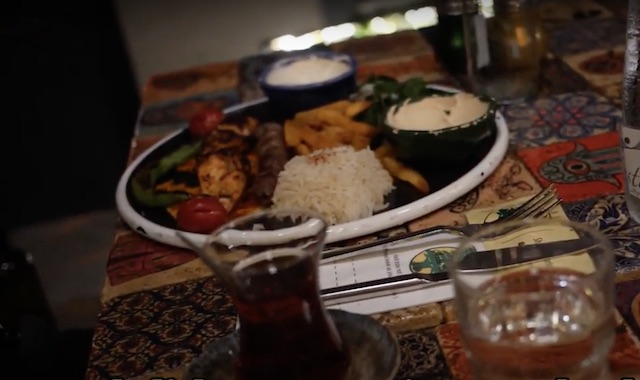 Upon ordering any given dish you can expect to receive an absurd amount of bread or some sort of carbohydrate. This is because it is cheap and readily available anywhere and everywhere. Traditional Turkish food is very hearty, you’re not leaving the table hungry. Unless of course you’re half cow and have multiple stomachs. I also noted that trying to take anything to go was a huge process and I never found out why. Chai is served with any meal regardless of the time. I quickly started enjoying the taste, It’s fantastic and it is served in a 4 oz glass so it’s really hard to overdo. I heard about a city that drank so much chai that they stopped selling alcohol there, solely because of the tea consumption.

What Are Some Traditional Turkish Food Dishes?

No matter where you go in Turkey, there seem to be a few traditional food dishes that are staples and can be found wherever you go.

Doner kebab, probably the most widely recognized food to come out of Turkey. It is meat that is cooked on a vertical rotisserie. The meat could be lamb, beef, chicken, or a mixture of the three. It comes normally with pita bread, fries, and a mint and yogurt dip. Some common variants of the dish include, Iskender Kebap (Middle East), Shawarma (Middle East), Gyros (Greece), and Al pastor (Mexico).

Lahmachun is a round, thin piece of dough, like a tortilla. It’s topped with minced meat and minced vegetables such as tomatoes and onions. Further, it is seasoned with paprika and cumin. If you’re expecting this to be similar to pizza, it is not. There is no sauce so it will more on the dryer side and its origins trace back to Armenia.

Cig Kofte is a dish that originates in Armenia. It is traditionally made with raw beef or lamb, Because of this, only the finest cuts of meat are selected. Usually, in restaurants, only the vegetarian version is served and it tastes similar to beef tartar.

What Kind Turkish Street Food Can Be Found?

Typically you’re going to find a lot of doner kebab on the street and little things like fresh muscles with a bit of rice. Most of these things you can get for under $3 which is amazing if you’re ever in a pinch. Just be careful because if they ask you if you want it spicy and don’t watch when they’re adding the ingredients they might give you more than you’ve bargained for. That’s coming from experience, trust me.

Pide – Similar to Turkish Pizza But Not Quite the Same

Pide and Turkish pizza are not the same thing. Pide is going to be thinly sliced pita and brushed with a type of oil, and topped with minced meat that has been seasoned with paprika, salt pepper, and cilantro. Turkish pizza is just going to be your run-of-the-mill pizza but made in the Turkish style, ie: Topped with tuna, little sauce and or thickly sliced tomatoes.

How Much Food in Istanbul Can You Buy for $14

$14 can buy you a lot more than you might think. 2 people could eat very good and be completely full for $14. We got 2 teas, 2 waters, a little bread with dip, 2 chicken dishes with fries and grilled veggies, and 2 portions of baklava! It would be interesting if someone could get more! You also could probably get more if you cooked it yourself or bought from street vendors.

$14 can buy you a lot more than you might think. 2 people could eat very good and be completely full for $14. We got 2 teas, 2 waters, a little bread with dip, 2 chicken dishes with fries and grilled veggies, and 2 portions of baklava! It would be interesting if someone could get more! You also could probably get more if you cooked it yourself or bought from street vendors.

Saltbae’s steakhouse was definitely a unique experience. First of all the service, there was diligent and timely. Service is right up there with the quality of food when it comes to rating a restaurant. Everyone was nice and they didn’t mind us in there with our equipment. We also didn’t have to wait more than 3 mins for a drink and we had to ask for nothing when it came to utensils, menus, or our food.

The quality of food and presentation was second to none. The most tender and flavorful cut of steak was mine with the ribeye and it did not disappoint.  The steak almost melted in your mouth and if there were any bones, they would have slipped off the meat. There was a steak covered in 24k gold leaf and came out on, what I could only assume was dry ice due to all the smoke that engulfed the plate. When it comes to presentation Saltbae pulled out all the stops!

My Favorite Food in Turkey

When it comes to food in Turkey, you’ll never be at a loss for flavor or unique tastes. I gotta say that the pottery kebab that we had in Cappadocia at the recommendation of my friend, was definitely one of the highlights of the trip. I mean – wow that dish was incredible! They cook the dish in a clay pot in the oven for 5 hours and the meat just melts in your mouth!

Regardless of your budget, you can find a great meal in Turkey. From eating $3 doner kebab on the street or having $300 gold leaf-covered steak at Nurset, there’s something for everyone.  Just know if you tell them spicy, you had better be ready!

The fresh muscles and rice on the street for a few lira is a MUST try, but try your best to get the fresh stuff, the flavor is mind-blowing. If you can afford to stop at Nurset, you should definitely sit down for a bite, you’ll never regret it. The meat sweats are worth it. As always be safe and have fun in your own food adventures!