How to Haggle: Bargaining Tips from Collin Abroadcast 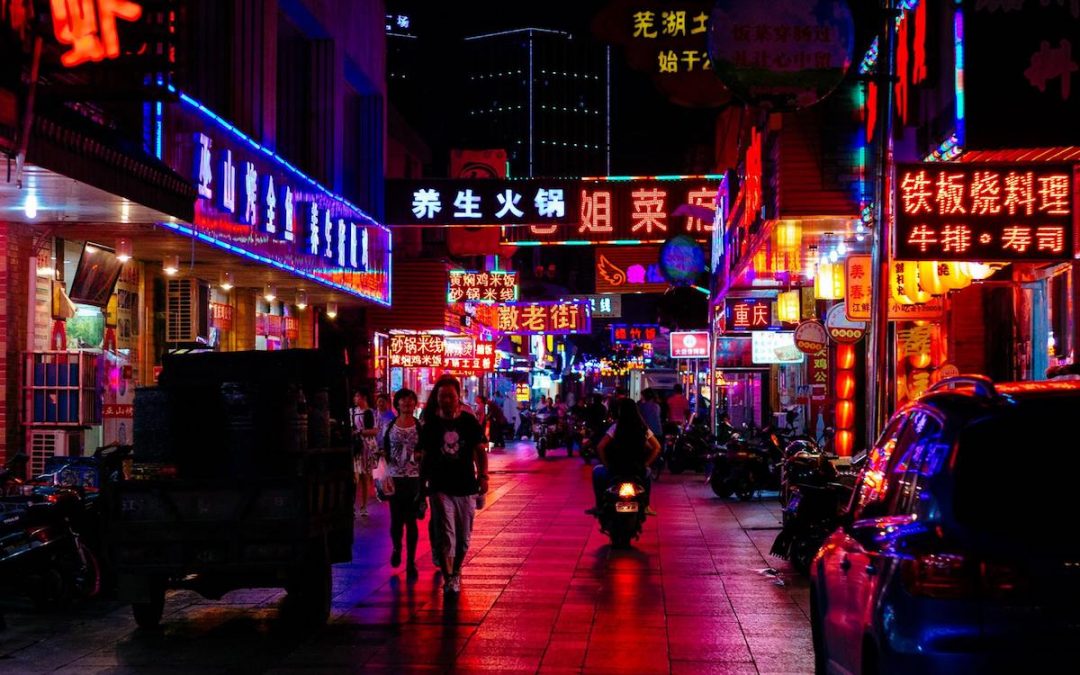 The thought of bargaining in a foreign shopping market might seem like something you want to avoid, but it is something that I look forward to doing.  Thinking back on my first bargaining experience in 2016 in Shanghai, I had zero clue how to haggle and zero bargaining tips. I had heard about these fake markets that you can get not-so-real name brand products in.  A friend from Wisconsin came to visit me and with a little liquid courage we decided to check out the see what these fake markets were all about and how our bargaining skills are.

As soon as we walked into the fake market in Shanghai you can really feel the hustle in the atmosphere.  It was nothing to be scared about, but you could feel the buzz of the market.  People to the left and right were trying to get us to go to their shopping stalls. This took us back a little, but being with my friend and joking around together really eased the situation.

It was once that ease came, I realized we should just have fun with the entire experience.  If we wanted to bargain for something we would feed off each other to bargain them down.  Kind of 2 on 1 in negotiating down the price.  It worked out and we walked away with a couple of great items.  This is when I was honestly hooked and started incorporating bargaining at fake markets into my travels.

How to Haggle:  Tips for Bargaining Abroad in Foreign Shopping Markets

1. Don’t Be Shy When Bargaining

This is the absolutely most important bargaining tip I can give when coming from a country that doesn’t typically bargain for goods.  I understand that when initiating a bargain, it can feel rude at first.  You can feel cheap and it can just all-out feel weird!  However, this is to be expected when you visit most foreign countries for the first time. Vendors will price up their products with the EXPECTATION that you are going to ask for a lower price.

As far as which countries bargain more, some countries like S. Korea & China definitely bargain harder than most.  I would say MOST countries around the world do bargain.  You will find that if you are in a night market or foreign shopping markets like Bangkok or Hong Kong, then they are there to bargain with you.

It doesn’t hurt to say “Ahh, that’s a little too expensive for me” while gauging how they react to that.  If they react with “I’ll give you a discount” or something along those lines, you know it’s GAME ON!

2. Start with a Low Price –  Like Really Low Price

This goes back to our first tip of DON’T BE SHY! One thing that you should remember is that you are in a business negotiation and not a charity. If the item isn’t valued at the price they’re quoting, why should you feel obligated to buy it? It goes both ways, they aren’t obligated to sell either. The only way to gauge whether if they’re trying to REALLY rip you off is to start at about 10% of their price and see how far they come down from their initial price.

If it’s a drastic change (like 50% give-or-take) then you know the item is probably not that valuable. However, if they only come down a little bit, like 5%, chances are better they were quoting more closer to their profit margin, however, I’d still push for that lower price a few more times because they might still be bluffing.

3. Use Leverage If You Can When Bargaining

In most markets, multiple vendors get their products from the same or similar sources. This means that there is a high possibility that many stalls are selling the same things from the same source. Don’t be in a rush and shop around. If you see an item you want and 3 other sellers have that same item, go back and forth between them to gauge the price. Also use phrases like “Well he’s got it over there for X amount” (even if he actually doesn’t, it doesn’t matter if you fib or not, you’re the buyer here). 4. Be Prepared to Walk Away & Really Walk Away

Here is one sure way to find out how low they actually will go. Sure, you could skip all these steps and come straight to this one after offering your initial price, however, if there is no actual negotiations between step 1 and now, more likely than not they’ll just let you walk. Like I said earlier, we’re humans and there is no obligation to sell to you. If you use all these steps, get them excited, play around and have fun… The walk-away tactic will work best. It will even get to a point where you have walked far enough away that you’re SHOUTING numbers at each other from across the hall/room/wherever-you-are while other people are on looking! It’s a fun experience and loosen up and enjoy it!

5. Smile and Have Fun

I know these top tips so far probably aren’t actual ‘tactics’ that you are expecting me to give, but these are pertinent and should be understood before actually going into the tactics of getting a good deal! The sellers aren’t obligated to sell you anything, and if the mood of the whole bargain is sour or cold, the vendor might just think it’s not worth dealing with you. However, if you come into the interaction in a smiley and somewhat “aloof” mood, it will really ease negotiations. These vendors most likely deal with mostly “cold” people all day, so standing out from the crowd and exciting the salesperson can really make their day and kick their competitiveness into action.

Just remember, we’re all human. We all work jobs that we sometimes don’t really like, so bringing some action in their day could really make a difference.